skip to main | skip to sidebar

Member Mail is a monthly report on the activities of the Downtown Ithaca Alliance. You are receiving this email because of your membership or interest in the Downtown Ithaca Business Improvement District. We hope that this report will keep you abreast of the many projects and events going on in your Downtown.
Posted by Ithaca Night Life, NY at 9:30 AM 1 comment: 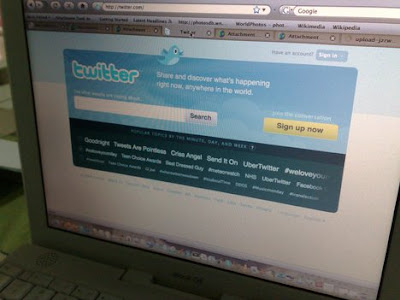 ITHACA, N.Y., Jan. 19 /PRNewswire-FirstCall/ -- As part of its continuing network investment to support growing demand for advanced mobile devices and applications, AT&T* today announced the activation of a new 3G cell site on the Tompkins Cortland Community College (TC3) campus in Dryden that will enhance coverage for students, faculty, and staff. It also expands 3G service for residents and area businesses along the Route 13 corridor between Cortland and Ithaca. With 3G speeds, AT&T customers can surf the Web, download files faster, and enjoy the very latest interactive mobile applications.

The new cell site is one part of AT&T's ongoing efforts to drive innovation and extend its 3G wireless network – the fastest in the nation, according to independent testing. It is also part of AT&T's ongoing investment to build the broadband networks that will fuel economic growth and create jobs, and enable its customers to quickly access the content, applications and services that matter most to them.

"Delivering dependable wireless coverage for consumers and business customers who need to stay connected to work, family and friends is our ultimate objective," said William Leahy, vice president of Atlantic region legislative and regulatory affairs for AT&T. "Our ongoing investments in the state will help us ensure that our customers have access to the wireless services that help drive economic growth."

"We are thrilled to continue expanding and enhancing our wireless network for our customers in the area," said Robert Holliday, vice president and general manager for AT&T upstate New York. "We know that demand for wireless bandwidth is growing, whether it's for sharing videos and photos with friends, watching movies, checking the latest scores, or listening to music on a phone, netbook or other mobile device on the go."

AT&T recently completed a software upgrade at 3G cell sites nationwide that prepares the nation's fastest 3G network for even faster speeds. The deployment of High-Speed Packet Access (HSPA) 7.2 technology is the first of multiple initiatives in AT&T's network enhancement strategy designed to provide customers with an enhanced mobile broadband experience, both today and well into the future. Faster 3G speeds are scheduled to become available in 2010 and 2011 on a market by market basis as AT&T combines the new technology with our second initiative to dramatically increase the number of high-speed backhaul connections to cell sites, primarily with fiber-optic connections, adding capacity from cell sites to the AT&T backbone network.

AT&T's 3G mobile broadband network is based on the 3rd Generation Partnership Project (3GPP) family of technologies that includes GSM and UMTS, the most open and widely used wireless network platforms in the world. AT&T offers 3G data roaming in more than 115 countries, as well as voice calling in more than 220 countries.

For updates on the AT&T wireless network, please visit http://us.lrd.yahoo.com/_ylt=AhQiBnQUfQUlGQd2uXVDWNixcq9_;_ylu=X3oDMTE2NTJzYzlkBHBvcwMxBHNlYwNuZXdzYXJ0Ym9keQRzbGsDd3d3YXR0Y29tbmV0/SIG=113r3p5i6/**http%3A//www.att.com/networknews.

*AT&T products and services are provided or offered by subsidiaries and affiliates of AT&T Inc. under the AT&T brand and not by AT&T Inc.

AT&T Inc. (NYSE: T) is a premier communications holding company. Its subsidiaries and affiliates, AT&T operating companies, are the providers of AT&T services in the United States and around the world. Among their offerings are the world's most advanced IP-based business communications services, the nation's fastest 3G network and the best wireless coverage worldwide, and the nation's leading high speed Internet access and voice services. In domestic markets, AT&T is known for the directory publishing and advertising sales leadership of its Yellow Pages and YELLOWPAGES.COM organizations, and the AT&T brand is licensed to innovators in such fields as communications equipment. As part of their three-screen integration strategy, AT&T operating companies are expanding their TV entertainment offerings. In 2009, AT&T again ranked No. 1 in the telecommunications industry on FORTUNE® magazine's list of the World's Most Admired Companies. Additional information about AT&T Inc. and the products and services provided by AT&T subsidiaries and affiliates is available at http://us.lrd.yahoo.com/_ylt=Aqtt22zBR5ISlhpovHnpdpyxcq9_;_ylu=X3oDMTE2bXA2Z2FhBHBvcwMyBHNlYwNuZXdzYXJ0Ym9keQRzbGsDaHR0cHd3d2F0dGNv/SIG=10oudft0k/**http%3A//www.att.com/.

Information set forth in this press release contains financial estimates and other forward-looking statements that are subject to risks and uncertainties, and actual results might differ materially. A discussion of factors that may affect future results is contained in AT&T's filings with the Securities and Exchange Commission. AT&T disclaims any obligation to update and revise statements contained in this news release based on new information or otherwise. 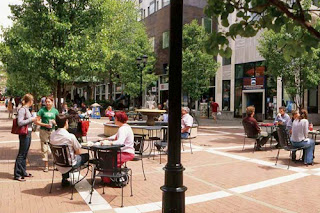 Photos by Cornell Law School [ Who takes an active partnership in the promotion of Ithaca and their school - they see positive links and this is the result. ]

The Ithaca Commons WebSite and The Ithaca Urban Entertainment Center and Construction Directory WebPage was generate as a supplement to Ithaca Night Life ( NightLife ), NY. This is part of a promotional process in which to attract more tourist to the local scene and thereby creating an additional economic reality locally by tourism.

The singificant factor in promoting centers, IE. the Ithaca Commons is that it draws [ There are less parking problems now - a - days too ! ] people into a central area in which to be seen and at times meet friends all the while shopping at exotic shops. Recently, several downtown merchants have been doing complete face lifts on their stores facades and thus with the additional construction and new mass traniset stations Ithaca is about to be - renewed.

The objective of which complys with the following paper - thesis:

1.0 Introduction
“Downtown- where all the lights are bright” may be lyrics in the popular 1960’s Petula Clark song, but they are ironic considering the song reached its popularity just as the lights were dimming on many downtowns across the country. In another decade, downtowns sat in ruins of their former glory.
As politicians, civic leaders, and the few remaining business and residents who remained downtown tried creative endeavors to renew the old center of the city; those who left for the suburbs shifted their thinking about the city as well. Downtown had become desolate, crime-ridden, and often dangerous, especially at night. Once fashionable neighborhoods lay in decay and the old bustling shopping districts became home to the homeless, gangs, and drug addicts. It seemed like an impossible situation.
A brief history of downtown, including background on other revitalization and urban renewal programs and economic stimulants that are related to urban entertainment centers. In addition, this paper presents a definition of the urban entertainment center and how it differs from other attempts at renewal in terms of definition and goals. Baltimore, Maryland and Denver, Colorado are two cities that have used urban entertainment with varying degrees of success, and this paper discusses each of them.
Finally, this paper presents an examination of some of the specific issues associated with building and maintaining urban entertainment centers, and concludes with a discussion of their effectiveness to be a catalyst for downtown revitalization.
2.0 History
American downtowns were not always is need of revitalization. From the colonization of America until the early 20th century, cities bustled with activity; the influx of immigrants, and the downtown district stood as the center of business, religion, and politics. However, the 20th century brought many changes. New technologies, such as streetcars, made possible the ability to live, work, and play in areas once thought too far from one another and from downtown. Following World War II, the Federal Housing Administration insurance program, which protected banks against mortgage default, VA loans to war veterans, and the availability of affordable transportation coalesced and creation of the suburbs.


Source : An Examination of the Use of Urban Entertainment Centers as a Catalyst for Downtown Revitalization / John S. Bender
Posted by Ithaca Night Life, NY at 11:02 AM 1 comment:

The primary working area of the Ithaca Downtown Partnership is the Ithaca Commons:
IE. From Wikipedia, the free encyclopedia The Ithaca Commons is a two-block pedestrian mall in downtown Ithaca, New York, built in 1974 Its boundaries are Green Street to the south, Cayuga Street to the west, Seneca Street to the north, and Aurora Street to the east. It sits at the intersection of Tioga and State Streets. Shops, galleries, restaurants, and bars line either side of the Commons, while the walkway is dotted with trees, benches and sculptures. It serves as the center of the central business district for the Tompkins County area.
The Commons is the center of Ithaca and Tompkins County civic life, serving as the main community meeting space. The City and Town Hall abut the Commons, and the local state representatives have their offices on or adjacent to it. Many of the stores have apartments on their second and third floors. During the summer months, local entertainers and theater groups put on free performances at the 3 covered pavilions on the Commons. The stages are also utilized for many politically inspired protests and speeches.
The Commons hosts several festivals throughout the year. The main festival, the Ithaca Festival in the summer, is centered on the Commons for 2 of its three days. Traditionally, the final day of the festival is at Stewart Park on the Cayuga Lake waterfront. Two relatively new festivals which have found a home on the Commons are the Apple Harvest Festival in the Fall and Chili Cook-Off in the Winter.
The Sagan Planet Walk, named after famed Cornell University astronomer Carl Sagan, begins in the Commons and stretches 3/4 mile from the Commons through downtown Ithaca to the Sciencenter. The Planet Walk traces a to-scale path of the solar system, including colorful pictures and facts about the planets.
The Commons (Green Street) is also the main hub for the Tompkins Consolidated Area Transit (TCAT) bus network. With a few exceptions, most routes originate/ terminate at or stop at Green Street, which is also a frequent connection point between the various routes.
See a live view of the "Bernie Milton Pavilion" in the center of the Commons on the Commons Cam website.
Posted by Ithaca Night Life, NY at 5:37 PM No comments:

Posted by Ithaca Night Life, NY at 5:37 PM No comments:

Businesses who are looking for an opportunity for growth and profits, consumers who are looking to shop for quality products and services, and those who have that one special person who you wish to show to have an entertaining evening all can be found in downtown Ithaca.

In the subsequent additions to this blog you will find updates on new businesses who are locating here, and other downtown business promotionals. Moreover, there will be additional areas added to give you a fuller picture of why you should come to the old historic downtown Ithaca district first !

This blog is also linked to two addional efforts to promote the downtown businesses and community of Ithaca, New York.

One: This is the central website for The Ithaca Downtown Partnership itself.

Two: Is a special portal webpage of Ithaca Night Life ( NightLife ), NY, and the additional networks which The ithaca Downtown Partnership will be integrated into as a result.

Here with these two internet items for you to investigate is a very good place to start.

You will see more. So bookmark this blog while you are here!